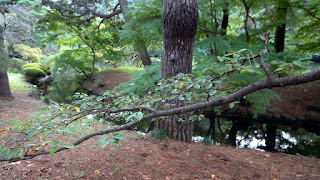 We should probably have gone back to Shinjuku gyoen, but there was so much to do, so much to see, that we never got a chance. The last time we had seen this public garden in the Shinjuku area of Tokyo, it was spring time and the cherry blossoms were just past their glorious best. This time, in late October, we got there quite late, just about an hour before sunset. The light was beautiful, but difficult to capture with a camera, all subtle shades of green and browns. 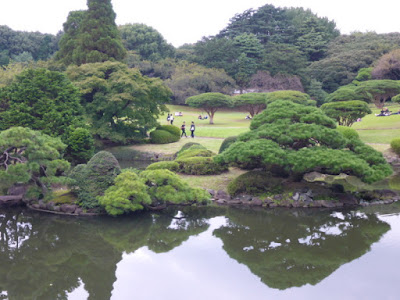 After a long day's journey, I wasn't quite ready to tackle a painting. But I decided to try it now that we're back home. I'm using a technique described by Marc Taro Holmes in his Craftsy class, "Travel Sketching in Mixed Media", which is actually fantastic for capturing the essence of a place when you don't have much time, which is often the case when you're travelling (unless you're travelling alone, but that's not much fun, is it?). Maybe I'll try that next time I'm travelling! 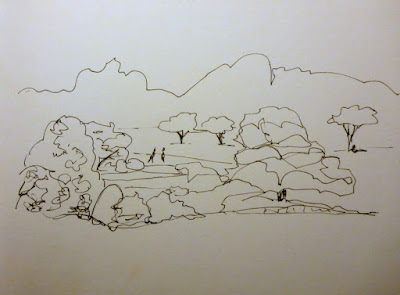 Working directly in ink, a quick line sketch that plots the main shapes 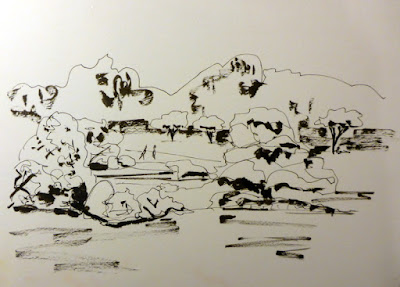 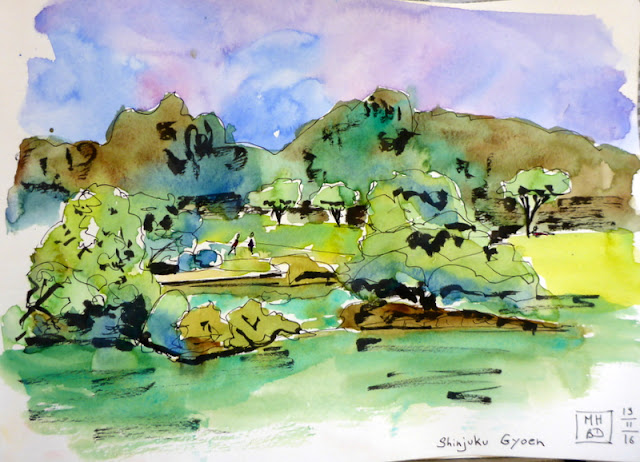 And then, just having fun with juicy watercolours, working shape by shape where you don't want the areas to bleed into one another, and touching pigment where you want colours to mix on the page. This was so much fun!