I love dragonfly. So strong and yet so delicate. They're hard to photograph, but we were lucky one late afternoon in Kanazawa, as they were sunning themselves, warming their wings before nightfall I guess. It was the end of a beautiful day - we had spent the morning in Kenrokuen, and the afternoon in Kanazawa Castle. And we came upon this newly re-opened area, with ponds and bridges and running water and beautiful trees. And a tea house. But more about that some other time. Back to the dragonfly - I much prefer the French word - Libellules - aren't they gorgeous? There was even one that decided to sit on my sleeve for a while, but we didn't manage to photograph it in time. We'll call it the one that got away. 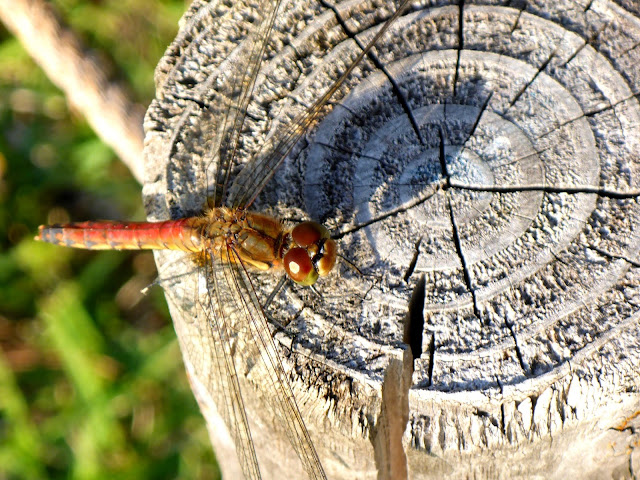 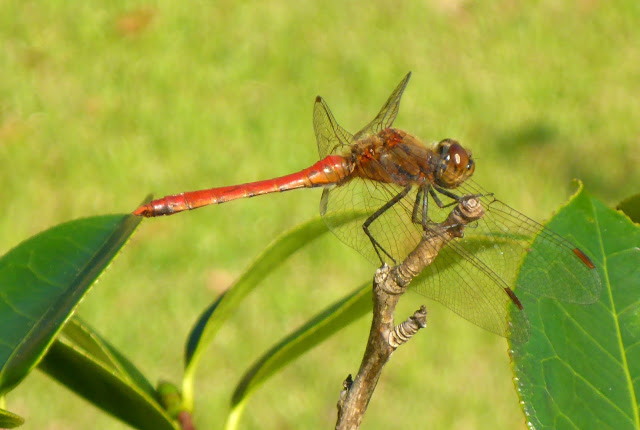 One thing I didn't like was hornets - I don't think we have them in Ireland. But there are plenty of them in Japan - they seem to hang out beside rivers, but not on bridges, nor a couple of meters away from the water, I don't know why, but that made it easy enough to avoid them. 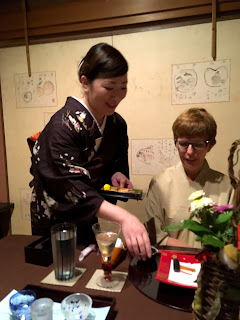 PS: I did find a photo of me with my glass of umeshu, so there you go!