Great day on Saturday at the UCD Festival. They were blessed with dry weather.
There was too much choice, too many things to do, but that's not a bad complaint! 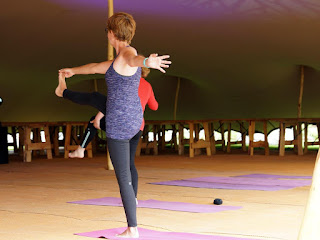 There was a booking system for some of the activities - that didn't really work in the end though, as most things were free, which means people booked everything, then didn't bother turning up (typical!). I got the last place for the yoga session at 10am. When I got there, I asked the instructor how many people they were expecting - 50, he said. Less than 15 turned up (and that's including young children, who gave up pretty quickly). Imagine how many people didn't go to it, thinking that it was booked out and there was no point. Same thing for some of the tours: a turnout of 10% or so is what it looked like. That said, there were a good few people on the guided tour of Belfield House and Ardmore House (which was very good, despite the guide adding a tour of the outdoors sculptures, because he has a particular interest in sculpture himself).

There was a good turnout, although it's difficult to get a sense of how many people were there in total as the campus is so big and there were events and activities all around.

A great day.  I hope they'll do it again next year. 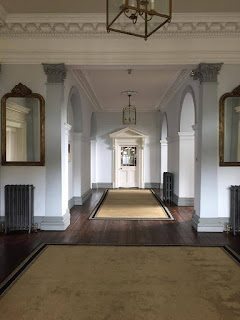 Here are a few quick sketches I did while watching the match on the big screen (I'm not into football me): 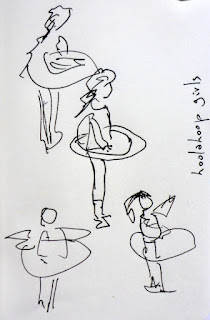 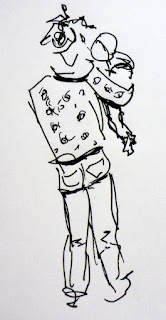 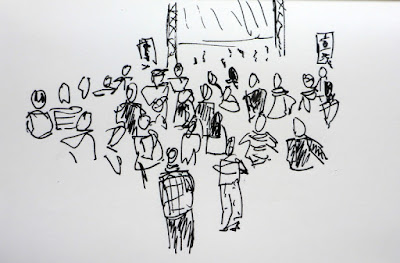