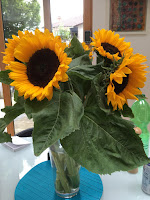 As you can see from this photo, the foliage is a huge part of this bouquet (do you say bouquet in English? Bunch sounds like a flimsy bunch of flowers you've bought at the petrol station on the way home)

My next attempt had some promise, but I had to crop it in the end, as the flowers on the left just didn't look right.

For the next one, I decided to depart from direct watercolour, and use watercolour pencils to get started.

And I really like how it worked out, with the flowers bunched up towards the top, and the leaves and stalks taking up most of the page. And I was happier with the colours too. I used a mix with Prussian blue for the leaves (with mostly Hansa Yellow Medium). For the flowers, mostly New Gamboge, some Hansa Yellow Medium, and some Pyrrole Red. And a mix of Carbazole Violet and Transparent Red Oxide for the center of the flowers. My only regret is that I didn't use a larger page. This is about 1/8th Imperial. 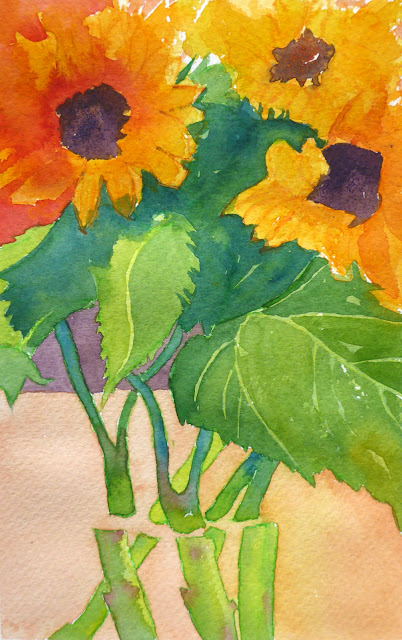 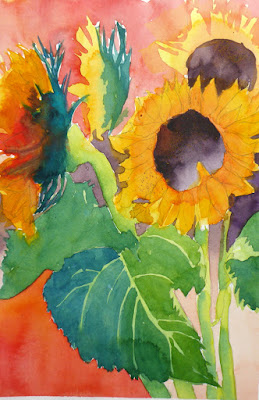 I tried one final one afterwards, but I overdid the pencil drawing (graphite, not watecolour - big mistake).

The flowers are now in the bin. So this is the end of this particular deep interest (I was going to say obsession). On the spectrum anyone? 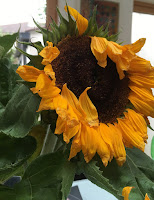