Back to my sketchbook

Where to start after a long break? I could start at the beginning. But I don't even know where that is. I could tell you about the golden pink light outside my window right now, which makes me want to paint. But I'm not quite ready for painting yet. Soon. I never stopped sketching, though. Give or take, every day. Some days, I was quite prolific even.

But let's start with today. I went back to my sketchbook. 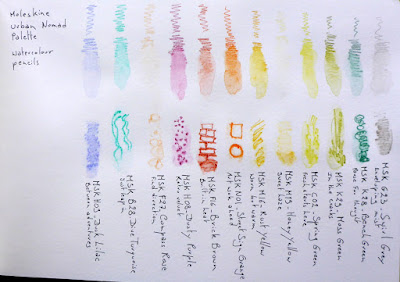 And enjoyed experimenting with new water-soluble pencils, although they were not as vibrant as I had hoped for. But I'm sure I'll find a use for them. 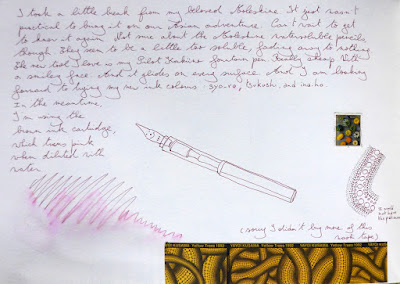 And just writing with my new favourite pen, a Pilot Kaküno. A cheap little fountain pen. 1,000 yen, which is less than €8!. But it makes me so happy. First of all, it's got a little smiley face on the nib - enough to make me smile. And then, it glides beautifully on the three sketchbooks I've tried it in. It's plastic, so it probably won't last too well. But I'll be careful. And I bought a second one, just in case!