I still have so much to tell you about Japan, but as the weeks go by, it's falling back in the order of priorities. Sorry!

So I'm picking random photos and bringing myself back. 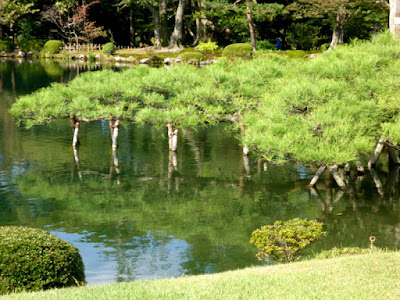 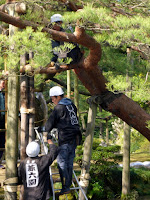 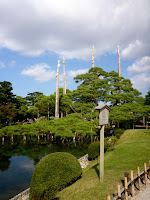 Kenrokuen is one of the top three gardens in Japan, and it's definitely one of Kanazawa's top attractions. My favourite area was the big pond with the pine trees. The gardeners were just working there, setting up the iconic protecting cones, but we were just a little early, so we didn't see the final result. It would be nice to see it in the winter, when the gardens are covered in fresh snow.
If you speak Japanese, you will see that the name contains the word "roku", which means "six". I found the explanation here: "The name Kenrokuen literally means "Garden of the Six Sublimities", referring to spaciousness, seclusion, artificiality, antiquity, abundant water and broad views, which according to Chinese landscape theory are the six essential attributes that make up a perfect garden".

PS: what the photos I'm showing you here don't reveal is how busy it was - coachloads of tourists all around. It was a beautiful day after all, so I can understand why everybody went to the gardens rather than the museums. It is something to be aware of, though - Japan is a big country with a large population and a big tourism industry. So, don't believe any of the idyllic pictures you see in the travel magazines - if a place is beautiful, you will not have it to yourself. Which can be a bit of a shock when you come from Ireland. But once you get used to the idea, it works out well, as the Japanese are masters of living in harmony in densely-populated areas. They are courteous and polite. We found that tourists from another Asian country (which shall remain un-named) were not quite as well-mannered, however. Queue jumping seemed to be quite acceptable, but then again, coming from Belgium myself, that's no big deal. Nail cutting at the breakfast table, however, is another matter altogether. (I kid you not!) But the less said about that the better! 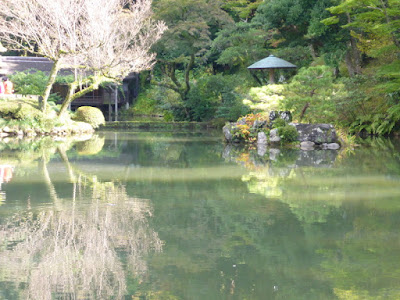 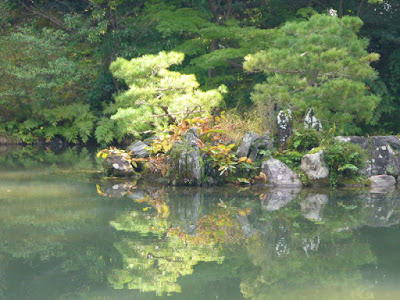 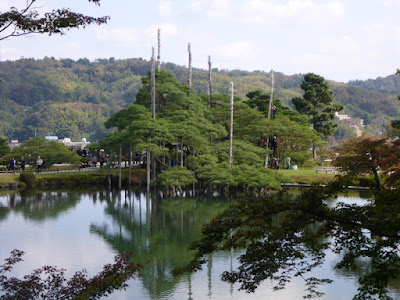