I'm now well into my summer reads - between a week's holiday in Donegal and a couple of weeks of decent weather here in Dublin, I've been through a few books. Some better than others. But I can always rely on Philippa Gregory for a good Tudor read!

The Queen's Fool follows Hannah Green, a young girl whose mother was burnt at the stake in Spain, for being a hidden Jew. Hannah and her father, a printer and book seller, managed to escape to England. Hannah has "the Sight", like a few of Philippa Gregory's heroines, and ends up in the service of Queen Mary, the first daughter of Henry VIII, by Catherine of Aragon, who was divorced by the King for Anne Boleyn, mother of Princess Elizabeth. 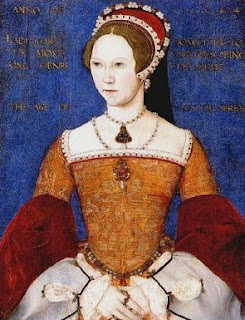 At this point in my reading life, between Philippa Gregory and Hilary Mantel, I have a fair knowledge of the events and key players of Tudor England. But I didn't know what had happened to Mary. There is no big movie or opera about her, is there? Well, I guess that England did its best to forget her, except through the name of drink. Yes, a lot of blood was shed during her reign. She was a Catholic Queen and she spent her life on the throne trying to bring England back to its Catholic roots, as she saw them. All pretty heavy stuff. But not when you're learning history through the eyes of a young girl at court who is spending her life pulled between the two half-sisters plotting and fighting for the future they believe is best for their country.

I'm now onto the next book, The Queen's Lover. Not quite as engaging so far, but it's early days yet.

Make sure to have a look at Philippa Gregory's revamped website - it's really nicely laid out as a timeline. She's quite a prolific writer, isn't she?
Posted by MHBD at 11:34 am